The Central government has adopted ‘Cooperative Federalism’ to fight the battle against Covid-19. ... Read more

A few decades ago Federal Structure had a unidimensional with Centre on top of all the States. ... Read more

One Nation One Ration Card

It is a beneficiary centric initiative in the country... Read more

One Nation One Election

Elections to the Lok Sabha and Legislative Assemblies are held together if terms of the elections are held around the same time. ... Read more

The Nobel Prize in 2020 was given to two economists - Paul R. Wilgrom and Robert B.Wilson who made auction theory famous... Read more

One Nation One Election

How are elections conducted in India?

1. Elections to the Lok Sabha and Legislative Assemblies are held together if terms of the elections are held around the same time.

2. Representations of the People Act, 1951, empower the Election Commission to notify elections any time during the last six months of the term of the House.

3. If the terms of the Houses are expiring within a window of 3-4 months, it would be legally possible to hold elections simultaneously to constitute the new Houses.

4. To conduct elections, Lok Sabha and Legislative Assemblies of all States and Union Territories have their terms ending together.

What can be done to synchronise the terms of the Houses?

1. As per Article 83 and Article 172 (1), both the Lok Sabha and Legislative Assemblies (ordinarily) have a term of 5 years.

2. These Houses can be dissolved ahead of the 5 years term and there is no provision for extension of the term unless a proclamation of Emergency is in operation.

4. For this, relevant Articles of the Constitution will have to be suitably amended.

Which are reasons to conduct simultaneous elections?

It reduces labour, time and expenditure in the conduct of elections and instances of pause in governance are addressed.

1. Polling stations and electoral roll for Lok Sabha and Legislative Assemblies are the same.

2. In the conduct of elections, all logistic arrangements are replicated for the two elections. The same drill can cater to both elections when held together.

3. This would save on transport, accommodation, storage arrangements, training, etc. and also save on the deployment of the Central Police Force.

4. Simultaneous elections can save election propaganda campaign expenditure for the political parties.

1. One aspect that could offset the savings would be the doubling of expenses on Electronic Voting Machines (EVMs).

2. For conducting the elections simultaneously, each polling station needs two EVMs – one for the Lok Sabha elections and other for the Assembly election.

1. MCC is a set of behaviour guidelines for candidates and political parties that comes into operation from the date election is announced by the Election Commission.

2. If all the elections are held together, the restrictions under MCC will be through in one go.

1. The local bodies elections are conducted by the respective State Election Commission.

2. Holding local bodies’ elections along with the other elections will require the team of the same polling elections to report and take instructions from two different authorities simultaneously.

3. Further the judicial forum for local bodies elections is the Court of District Judge, while for Parliamentary or Assembly Elections are the High Courts.

Where is the way forward?

1. A simultaneous nationwide election could push up voter turnout.

2. Better electors’ participation will further add to the credibility of the elections.

3. The need/ feasibility of the idea, merits and demerits associated with simultaneous elections are subject of further scrutiny and analysis at different levels in the future. 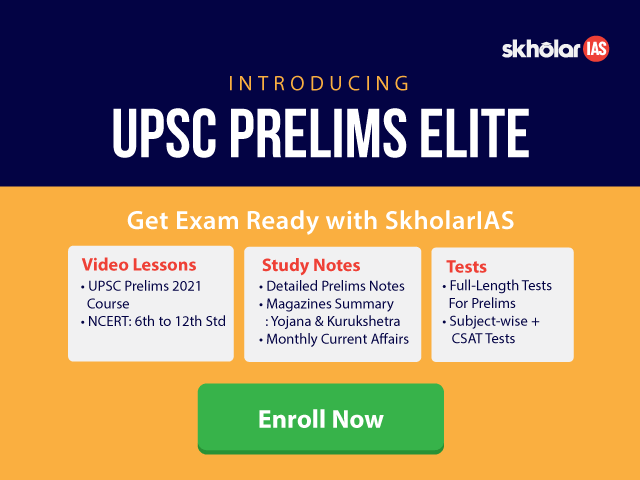